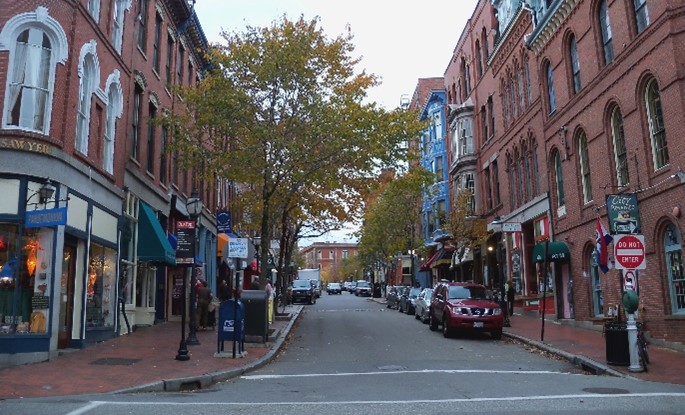 A Stroad is a terrible word for an appropriately named, terrible thing. The Stroad is a combination of a ‘Road’ and a ‘Street’ and is not successful at preforming the role of either. I take my research and the following definitions from the US Department of Transportation and from the Strong Towns projects.

Strong Towns divides most American travel paths into two categories: the Road and the Street. These two categories have distinct features that exist to fulfill their own separate purpose and will inhibit the efficacy of the other if the features are combined.

A Road is a travel path designed to move cars between places at very high speeds. Physical characteristics of a Road include multiple wide lanes of traffic which are straight or gently curved with only a few regular exits. The surrounding Road infrastructure includes long turning lanes, clear zones, and road signs which are large and designed to be read at high speeds.

A Street on the other hand is the destination of the Roads. The lanes tend to be fewer, narrower, more curved, and complex with many exits, businesses and homes located near the curb, pedestrian walkways, street parking, and traffic lights. The surrounding road infrastructure is smaller and built to a human scale. These are the areas where people live, work, socialize, and shop so it is vital that they are pedestrian and cyclist friendly. High speed travel is not compatible with these human activities, so speed limits on Streets are kept low, allowing people and cyclists to navigate the areas more safely. 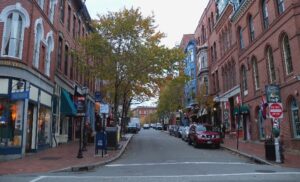 A Stroad is trying to be both a Street and a Road at once, but the combination meets neither purpose and rapidly becomes an unpleasant hazard. A Stroad is a Street designed with the infrastructure of a Road, taking the form of multiple highway sized lanes that funnels cars at high speeds through areas containing shops, homes, and public spaces where people might otherwise spend time, negating the

purpose of the Street as a destination. At the same time the rapid flow of traffic is regularly disrupted with stop signs, traffic lights, and the many points of exit and entrance create points of conflict from merging cars, inhibiting the function of a Road.

The results are inefficient and unattractive spaces that are hostile and dangerous to both fast travel, commerce, and to human life.

Within Spencer corporate limits, Salisbury Avenue is composed of four highway scale straight lanes of traffic that allow the 158,872 visitors coming from the NC Transportation Museum, located right across the street, to funnel rapidly past downtown Spencer to destinations elsewhere.

In my opinion, the Town of Spencer should take the 2022 redevelopment and re-striping opportunity provided through the North Carolina Department of Transportation, to turn this Stroad into a Street, to encourage downtown development and improve the quality of life for Spencer residents and visitors alike. I would recommend doing this by reducing the number of lanes, including traffic calming measures, and installing bike lanes and pedestrian infrastructure.

Future plans for Spencer include the creation of a greenway from the Yadkin River Bridge through downtown Spencer, this will connect Spencer to several pedestrian walking trails including the Carolina Thread Trail, the Piedmont Legacy Trail, and the Yadkin River State Trail. The Town could take advantage of a lane reduction to create more space for pedestrians and bike paths that can lead trail users right into downtown Spencer.

Within downtown Spencer, the narrowed streets will both reduce car speeds and pedestrian crossing times, collectively reducing the risk of pedestrian crashes, deaths, and injury. Slower car speeds and fewer lanes will reduce the noise and other related problems created by funneling fast moving cars

alongside public and commercial spaces. The increased space surrounding the road could be used to widen sidewalks, create protected bike lanes, introduce more foliage, and give business owners increased outdoor business space or for public art. Collectively this will make downtown Spencer a much more pleasant, safer space for residents and visitors to spend time in, encouraging both communal and economic development