In my undergraduate classes at UNC Chapel Hill, I learned about the mass migration of people from rural communities to urban hubs. Our fellowship is meant to bring young people back to local governments in areas experiencing population decline. Census data reflects this fact; many people are leaving rural areas to access the jobs and amenities in cities. Martin County, where I am serving, is no exception. According to the US Census Bureau, the population in Martin County declined 8.4% between April 2010 and January 2019.

However, the thriving community I interact with daily seemingly contradicts these facts; people of all ages are settling down in the county, either returning after pursuing degrees and careers elsewhere or starting families in the place they grew up. For these individuals, their hometown ties are too strong to leave the area.

I conducted informal interviews with Martin County department heads during the first few weeks of my Lead for North Carolina fellowship. I asked everyone whether they are from Martin County and what their career paths have been like up to this point to gain insight into their backgrounds. I found the vast majority are from Martin County, and many have worked in the county government their whole careers. On my first day, the County Clerk proudly introduced me to her mother, who also works at the governmental center. The number of people I’ve met who stayed in the county was surprising to me because it seemed to contradict the statistics I’d read that portrayed a dying community.

When I stop to think about it, this makes sense – the people remaining in the county have a reason to be here, whether it’s a family or a job, but not many new people come to the county. My preconceived image of a rural county losing population doesn’t match the vibrant community I see every day.

I have found shared lodging in town, and the owner and I have bonded over our shared love of Carolina basketball. Lucia had a career as lawyer and returned to Martin County after close to 30 years away, finding the pull of her hometown was too strong to ignore. She frequently points out areas where she used to play as a child, or introduces me to a friend she’s been close to since their teenage years.

Lucia’s distant cousin, who is in his mid-twenties, did not grow up in the county but spent time here during his childhood and is now working in the town government. He is part of a group of young professionals making their mark on Martin County. They are rising community leaders, and have started initiatives in the town to bring more amenities to visitors and residents alike. One spearheaded the Main Street Market, a street fair with food and craft vendors; another is a band director at a local school and has grown the program remarkably during her first few years in this role.

This group of excited, inspired young professionals like me gives me hope that our generation recognizes the incredible community and resources Martin County, and other rural areas like it, has to offer. 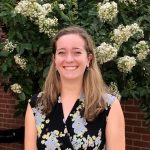