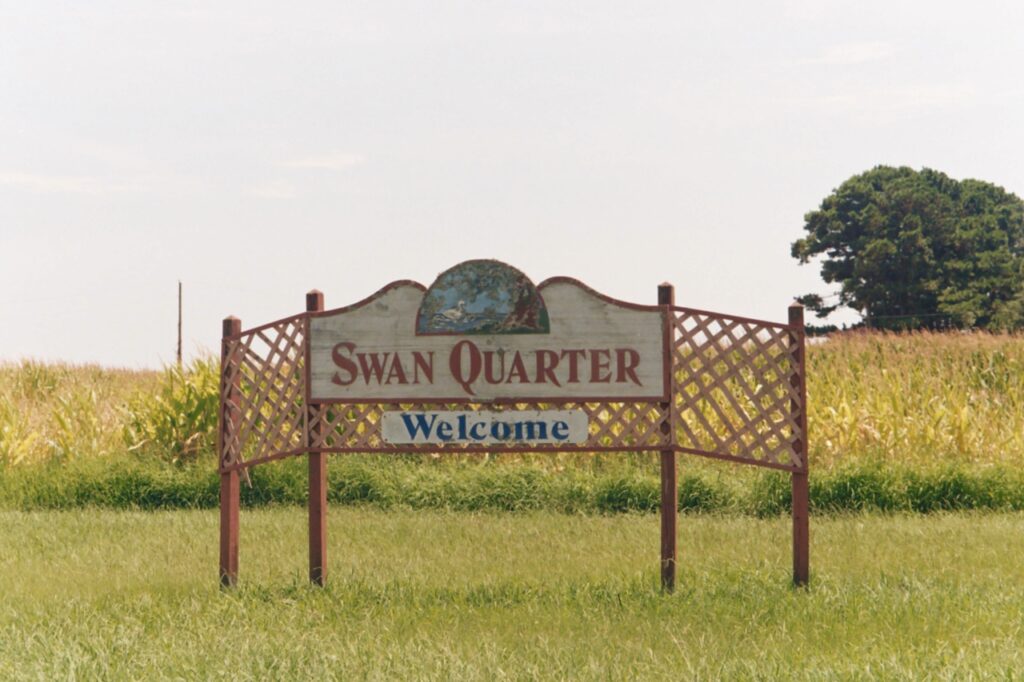 Reflecting on my life in January of 2022, it is safe to say that I would have never anticipated I would be an ex-vegetarian, working in a local government, living in Hyde County, nor able to say I have harvested and eaten deer.

At the beginning of the fellowship program, I was extremely nervous about being accepted by my co-workers and the community. Generally speaking, it is never fun to be the new person coming into a tight-knit community. I feared the office staff would see me as an outsider who is not relatable and as someone who would never “fit in” with the atmosphere of the county; I grew up in the city of Wilmington, which has a population of 117,000, compared to the entire county’s population of about 5,000.

However, upon my first visit, I immediately felt at home: the serene natural environment and close proximity to the water have always been central to my sense of community and belonging, and I welcomed the wide-open spaces and salty marshes with an open mind. But I still had to meet the people.

Luckily, I also felt instantly comfortable and connected with those working in the office. They welcomed me with open arms, literally, in true southern style. I felt a huge relief after meeting everyone and getting to know what the group dynamics were like. However, I was still determined to integrate myself into the community and culture and live like those in Hyde County, even though I did not know exactly what this meant yet.

Toward the end of August, one of my co-workers approached me and asked if I was good with children. I responded with an enthusiastic yes, as I love kids, and thought she might need an extra hand with hers. But oh, was I wrong! I had just unknowingly signed myself up to help with the Little Miss Hyde County Pageant, taking place during the 2022 Farm Days, the first since 1996. The Farms Days festival was organized by the Hyde County Chamber of Commerce and Agricultural Extension office, consisting of two days of food trucks, artisan vendors, carnival rides, horticultural events, pageants, live music, and fireworks. I assisted with the pageants by choosing the tiaras for the first-place contestants, writing the emcee script, and helping with ticket sales and backstage preparation.

Farm Days 2022 was quite a success and brought the community together in a way reminiscent of years prior. I thoroughly enjoyed helping the younger girls prepare for the pageant and seeing all their hard work pay off on stage. Being a part of the first Farm Days since 1996 was special to me as I could tell how much it meant to the community and the organizers. I was happy to volunteer my time to Farm Days and give back to the community that I am newly a part of.

A big part of festivals and fairs and life, in general, is food. A major life change prior to my acceptance of the fellowship position is that I stopped being a vegetarian after doing so for 5 years. I woke up one day and decided I wanted chicken, and that was the end of it. I had never eaten oysters, clams, or mussels, and thought that Hyde County’s local supply would be the best to try, and I was not wrong. I am now an oyster enthusiast, and appreciate knowing exactly where they are harvested from, as well as talking to local fishermen and boaters about harvesting rules and regulations, and interesting facts about the native aquatic life. Changing my diet to include meat again turned out to be an unexpected way to grow closer to the community.

Continuing my trend of trying new things and adopting the local culture, I decided that I would go hunting–something I never saw myself doing. Hyde County is known far and wide as a hunter’s paradise, with prime waterfowl, bear, and deer hunting in the plentiful acres of game lands. Hunters from across the state flock to Hyde County to harvest wildlife and enjoy the idyllic nature found all around during hunting season.

My co-worker invited me to his grandmother’s property where a tree stand overlooks a cornfield and a wooded, swampy area known for its abundance deer, boars, and bears. I did not expect to see anything besides birds and squirrels, but I ended up harvesting my first deer. Everyone in the office congratulated me and was happy to hear about my experience. We all enjoyed venison stew for lunch and had plenty of meat left over to share. I was happy to know that the venison was put to good use and appreciated by those in the office.

Three months into the fellowship, I feel that I have made good progress integrating into the community and local culture. From Farm Days, oysters, and hunting, I have explored what it is like to live in Hyde County, and I still have 8 months to go. Cliché as it may sound, you do not know until you try, so always be open to new experiences and opportunities and you will never be bored. I look forward to the seasonal return of the swans, and all the other Hyde County happenings to come. 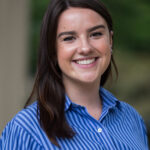