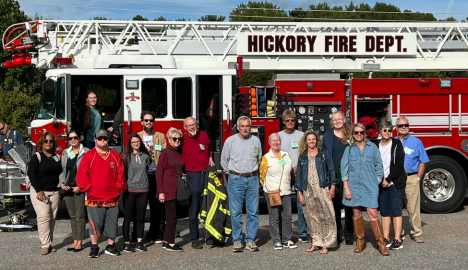 For the past few months, I have had the honor of serving the City of Hickory. As a fellow working in the Budget Office, I have worked closely with other departments but had had little interaction outside of official business. Much of my work is crucial to the daily, and long-term, function of departments and allows them to continue serving the public. Even so, I didn’t know what Public Works did or how the Fire Department ran their operations; because of this, I felt slightly removed from the impact of my work. If I, as a person working for the city, did not know how different departments operated then surely many residents shared that experience. I would say it is common that many people in America are not aware of who represents them or how tax dollars are spent on a local level. When residents are not informed or engaged by their local representatives, then it is difficult to build trust, dialogue, and reciprocity between the two. Hickory has shown careful consideration for this issue and created a program called “Hickory 101” to help inform the public as to how the city serves them.

The premise of the program is to invite people to tour major departments and meet the public servants that deliver services to the public on a daily basis. The city provides this program once a year to anyone who signs up and is usually composed of residents and city employees. I was invited to take part in this program and, over the course of four weeks, twenty-four people toured twelve departments, met with city council members and department heads, and learned what each department does in detail. I found this to be an amazing experience which helped me understand the city I am serving more and allowed me to meet great individuals that care so much for the City of Hickory. More importantly, I believe this program is an invaluable way to create a more knowledgeable public–and for city employees, to provide insight into public sentiment and priorities going into the future. After completing the program, I would highly recommend that other cities, towns, and municipalities look into providing similar services that can begin to mend the divide between the public and the city government that serves them. Doing so would impart much needed context to the many roles that city government has, and in such a politically divisive time, exhibit that a local government’s main priority is to serve its residents.

Overall, public understanding of city government and operations is vital. The extent to which residents feel interconnected with city operations directly affects their view about the services they receive and the people that represent them in local government. In turn, this affects reputation and how well the public and city government may work together to improve their community. Hickory 101 represents an active effort by the city government to demonstrate accountability and transparency within the organization. Moreover, it exhibits the importance of political literacy among all people in a community to be able to effectively participate in democracy.

Working as a public servant for the past few months has shown me there is so much to learn outside of academia and being thrust into the public sector has been nothing short of inspiring. I have truly appreciated the learning opportunities that have presented themselves, not only because of Hickory 101, but the lessons that my peers, coworkers, and residents of Hickory have imparted on me. In such a short time, I now have a much better understanding of how this local government operates and I feel that everyone deserves that benefit. To future fellows, take time to not only understand your job but also the site that you serve and the people that call it home. Taking the time to do so has made me feel more connected to my service area and, in turn, made my work more meaningful to me. 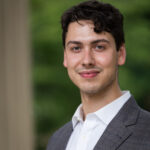