The flood of beach goers on Topsail Island slows after Labor Day weekend. As the sun steadily sets earlier and earlier and the nights grow cooler, a new type of visitor takes their place ⁠— saltwater anglers. It’s officially fall when four-wheel drive vehicles with coolers and fishing rods rush down the road toward the island.

I walked right through the middle of this coastal tradition one recent night with a friend in town for a visit. After we ate dinner at an oceanfront restaurant, we walked onto the beach, the sun long gone. The only lights illuminating the dark ocean came from the white fluorescent bulbs illuminating the Surf City Pier stretching long into the water. I had never seen so many people packed along its wooden railings.

We walked over and paid our $1 spectator fee to see the action up close. Anglers and their families lined our entire stroll to the end of the pier. We squeezed by people reeling in fish, coolers filled with their catch, and bundled children and grandchildren at their side learning the sport for themselves. Those brisk late nights are what instill a love for the coast and its heritage.

Day to day, I work in town hall untangling complicated federal environmental regulations and communicating with our citizens through social media, so I’m often removed from the bustle of normal island life.

Standing at the end of the Surf City Pier watching people of all ages, social classes, and races fish elbow to elbow reminded me of why I fell in love with coastal North Carolina in the first place: a heritage of valuing family, community, and the natural resources that make our home so beautiful.

Some of the work I’ve been doing is to advocate for these natural resources — our beach, inlet, and waterways — while balancing the needs of the community. This month, I wrote a position paper to the National Audubon Society asking for their support for our bills in Congress to revise the Coastal Barrier Resources Act. Passed in 1982, the CBRA placed undeveloped barrier islands into a national system prohibiting the use of federal funds, including public flood insurance, to discourage development. Over half of North Topsail Beach resides in this system.

CBRA has been an overwhelming success, preserving all but 3% of the system from significant development. However, town officials believe we were placed there in error. While there were no visible structure in 1982 when the U.S. Fish and Wildlife Service surveyed the coast, there was a full complement of water, sewer, electric, and road access to all lots. It was developed, which should have disqualified the area from the Coastal Barrier Resources System.

Fixing this error, which would allow federal funding for maintaining the beach and enrollment in the National Flood Insurance Program, has been the town’s top priority since its incorporation in 1990. Without federal funding, the financial ability of the town to build more resilient infrastructure is limited. The paper I wrote to Audubon, an influential environmental group, outlines this error and the town’s dedication to environmental conservation to convince them to support our removal from CBRA.

The Town of North Topsail Beach and Audubon both have the same goal ⁠— to preserve natural resources for the public trust and maintain pristine environmental quality. In writing this paper, I hope to help facilitate a solution that maintains the natural beauty the town is known for while increasing its resiliency. That way, the families I saw fishing on the pier will get to return generation after generation. 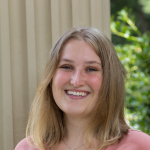