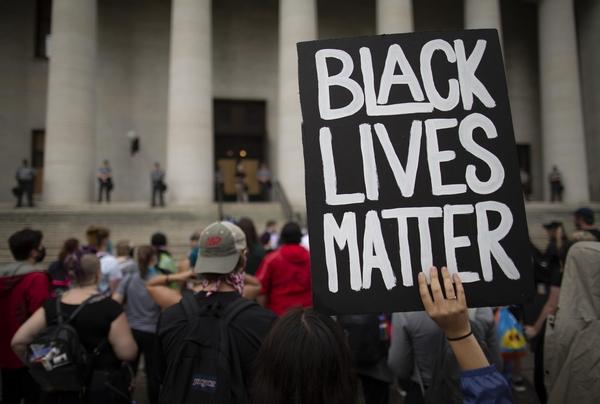 Those who have read the New York Times bestselling book Just Mercy are familiar with civil rights lawyer Bryan Stevenson’s harrowing account of being racially profiled when he was practicing law in his twenties in Atlanta.

One night, Stevenson was parked outside his apartment listening to the radio after a long and stressful day at work. The next moment, a police SWAT unit approached his car, shined a light inside, pulled a gun on him, and yelled, “Move and I’ll blow your head off!”

Stevenson cites this incident as a pivotal point in his life that led him to fight for the marginalized members of our society, particularly those who have faced and continue to face discrimination and prejudice in our nation’s criminal justice system.

When I first read this heart-wrenching story, it was hard for me to believe that a luminary like Bryan Stevenson, a Harvard Law School graduate and MacArthur “Genius Grant” awardee whose pathbreaking civil rights work has inspired millions, could be subjected to such terrible treatment at the hands of the police.

Growing up in an affluent, mostly white suburb in Charlotte, my lived experience was so far removed from the incident that Stevenson describes in the book. I had been brought up to believe that law enforcement officers are the ones who keep us safe, not the ones who unfairly profile innocent people based on their race.

At first glance, Stevenson’s encounter with the SWAT unit seems incomprehensible and shocking. But the fact is that what happened to him that night makes much more sense when we consider the pervasive history of racial injustice in this country and how the very system of policing itself “evolved as a way to maintain racial hierarchy after the Civil War.”[1]

In the wake of the killing of George Floyd back in late May of this year, the topic of policing received renewed attention and scrutiny from activists and the public at-large. Stevenson’s organization, the Equal Justice Initiative, recently published an article on policing in America highlighting the fact that law enforcement agencies across the country often have outsized budgets while other vital community services are frequently underfunded.

Local government officials should take special note of this finding. As I learned last summer during our training at the School of Government, the annual budgeting process is obviously a financial exercise, but it also reveals the bedrock values that define a governing board’s vision for the community. The way we spend public money matters.

The same article also states that “the momentum of today’s movement has opened a window of possibility for deeper change in many communities.” I believe that Hendersonville is one of those communities, and that is why I prepared a statement addressed to the Hendersonville City Council outlining action items that the City should take to make Hendersonville a more inclusive and equitable place to live.

Below is the statement itself, which the Mayor read aloud at the July Council meeting. I am sharing this statement here because I believe it is critical for everyone working in public service to articulate the core values that guide their work and to outline the tasks that still need to be completed for us to move forward as a society. No one in this country can truly be free until all of us are free.

On May 25, 2020, North Carolina native George Floyd, a Black man, was killed in Minneapolis, Minnesota during an arrest for allegedly using a counterfeit $20 bill. Subsequent investigations revealed that Derek Chauvin, a white police officer, knelt on Mr. Floyd’s neck for eight minutes and forty-six seconds while Floyd was handcuffed and lying face-down, begging for his life and repeatedly uttering, “I can’t breathe.”

This unconscionable act of police brutality sparked protests and demonstrations against systemic and institutionalized racism in over 2,000 U.S. cities and around the world, including here in the City of Hendersonville.

In response to this brutal killing, the Hendersonville City Council released a public statement on June 3, 2020 affirming that “its elected officials, management, and staff do not tolerate the kind of inexcusable police violence exhibited in the tragic death of George Floyd.” The statement went on to say that the Council supports Minneapolis Mayor Jacob Frey’s “push for accountability” and that Council’s “hope” is that “our community and nation will continue to work together to peacefully bring about change and strike up productive dialogue to create compassionate and equitable cities across the country.”

As a City of Hendersonville employee, I would first like to say that I am proud to work for an organization that publicly and unequivocally denounced George Floyd’s horrific death. As staff members, it is our duty to carry out Council’s policy objectives, so I am heartened that City leadership spoke up and took a stand on this important issue.

However, I also feel that much more can and should be done to make Hendersonville the kind of compassionate and equitable city that all of the Councilmembers want it to be. A public statement is a powerful act, but it does not suffice on its own. Comprehensive, far-reaching, and transformational action is needed to accompany the ambitious goals outlined in the Council’s statement. The time is now for us to confront and address entrenched racism in our City, in our communities, in our homes, and in our own hearts and minds.

In its statement, the Council expressed a desire to “strike up productive dialogue.” In response to that request, I have included a proposed action plan with implementable policies that I strongly urge Council to consider. As public servants, it is our responsibility to build trust in our communities and to proactively take steps to ensure that government service delivery is inclusive and equitable to all. We must do more than simply hope that things will change. We must act now and change those things ourselves.

In devoted service to the citizens of this great City,

The following policy recommendations are taken from the Equal Justice Initiative: 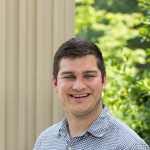