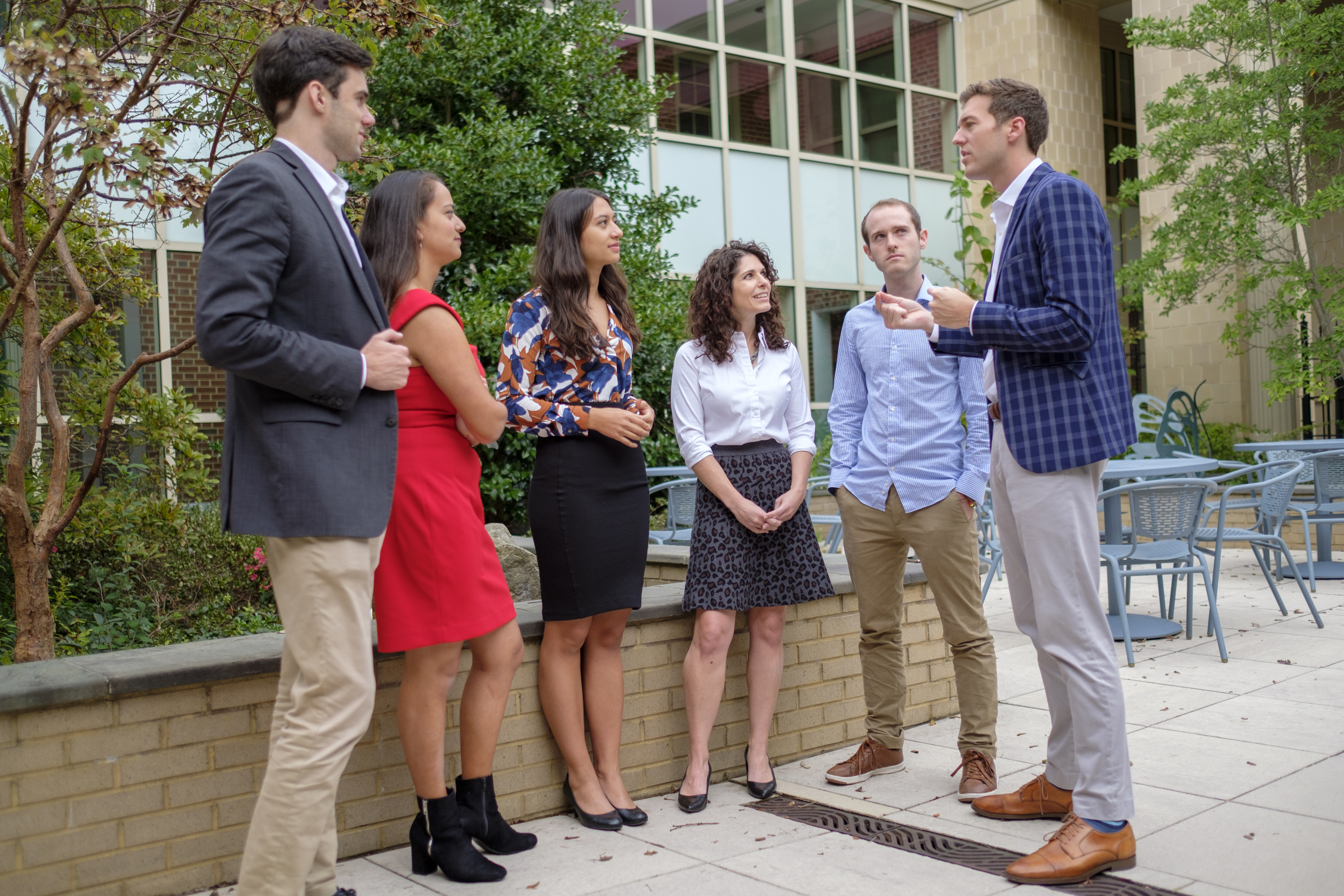 The Lead for North Carolina (LFNC) inaugural fellowship program began Friday, June 21, with 16 Fellows who have volunteered to work in local governments across the state for two years. These Fellows are graduates from 10 different North Carolina universities. Seven will be returning to their hometowns or regions to serve. Almost two-thirds are women and almost half identify as an ethnic or racial minority. Six of these Fellows are first-generation college students.

LFNC has matched each member of the inaugural cohort with a North Carolina municipal or county government. These communities have a significant need for employees and fresh ideas. What’s more, some have difficulty attracting and retaining talent. Many of the jurisdictions are economically depressed or have unique needs. As UNC School of Government Dean Mike Smith has said, “Public officials have told us they need to expand their workforce.” LFNC hopes to meet this need for the 16 selected jurisdictions where these LFNC fellows will serve.

LFNC is the first state affiliate of Lead for America (LFA). By 2040, LFA aims to establish a network of 50,000 current and former fellows serving in local government jobs across the United States.

Before beginning their service terms in August 2019, LFNC Fellows will take part in a five-week summer training institute. After spending a week in Washington, D.C., with LFA Fellows from around the country, they will spend four weeks at the School of Government. During their intensive training, the Fellows will complete graduate-level coursework led by School faculty and staff covering technical topics, such as administration and finance, as well as communication and leadership. More than 30 guest speakers and lecturers will be participating in the training program.

While in Chapel Hill, the group will take part in a number of excursions including a bus tour of Transylvania County and a site visit to the Town of Hillsborough. Also, the Fellows will have dinners and workshops with members of the private sector.

After landing in their respective jurisdictions in August, each fellow will dive into government work and public service in their communities. During their two-year terms, they will receive ongoing training and mentorship, attend workshops through local government associations and universities, and network with other fellows.

Below is a list of the 2019 Fellows along with their alma mater, their jurisdiction of service, and their local government mentor:

Overall, LFA’S long-term goal is to generate a pipeline of young talent for local governments across the nation. In the short term, LFNC will provide a bridge between North Carolina communities and smart, passionate, committed recent graduates. For more details on this program, visit LFNC, LFA, and the School of Government websites.